Presentation of the OPCC

Home » Who are we

The Pyrenees Observatory is a crossborder initiative of territorial cooperation of the Working Community of the Pyrenees (CTP), launched in 2010 under the presidency of Midi-Pyrénées, regarding climate change.  The members of the CTP, and therefore of the OPCC, are the Governments of Aragon, Nouvelle Aquitaine, Catalunya, Euskadi, Navarre, Occitanie and the Principality of Andorra.

The Pyrenees Climate Change Observatory, OPCC, aims to monitor and understand the climate change phenomenon in the Pyrenees in order to help the territory adapt to its effects. Their vision is to be the reference platform of knowledge on adaptation to climate change in mountain ecosystems.

Its operation is structured around a Technical Committee, a Coordination Committee and an Advisory Committee.

The technical committee is composed by representatives of the 7 territories of the CTP, and has the function of guiding and setting priorities.

The advisory committee is made up of scientists and representatives of the relevant socioeconomic sectors in the Massif. Its purpose is to ensure scientific rigour and provide strategic guidance to the work of the OPCC. 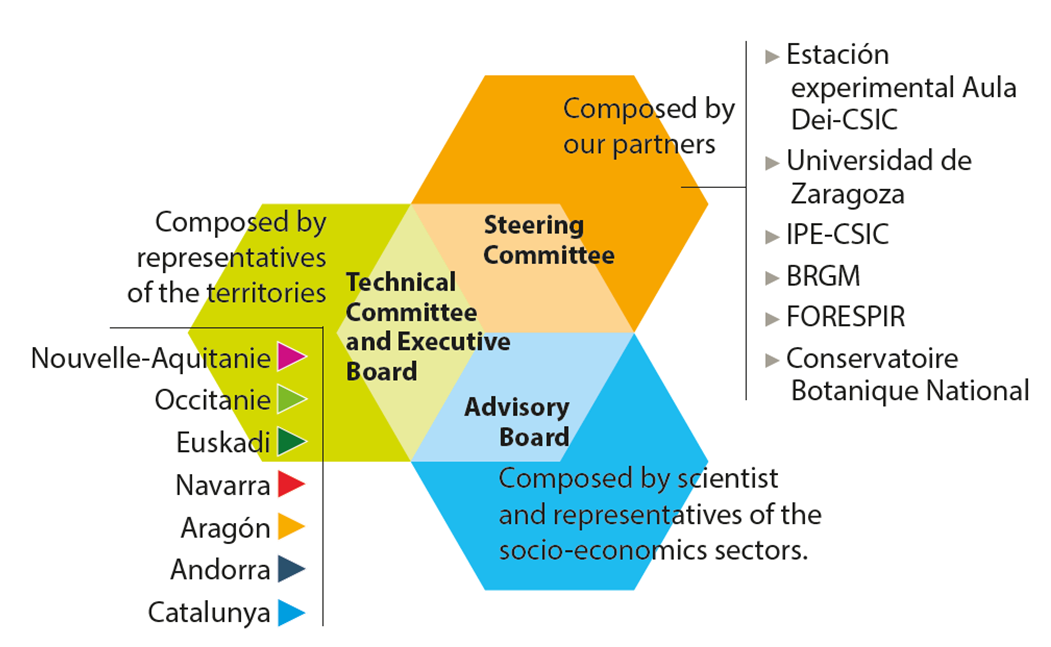