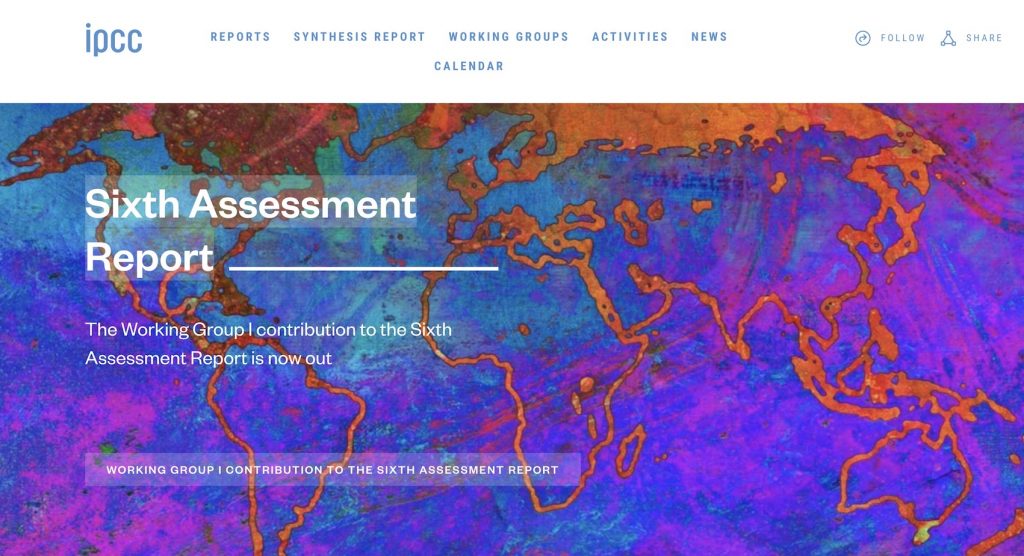 The Intergovernmental Panel on Climate Change (IPCC) released its latest report, entitled "Climate Change 2021: the Physical Science Basis", on 9 August. This report is the contribution of Working Group I to the IPCC's Sixth Assessment Report and comes after a lengthy remote approval session in which chapter coordinators underwent a final review of the document prior to publication.

This report brings together the latest advances in climate science and an analysis of the most rigorous scientific evidence on its impacts to provide an up-to-date physical understanding of the climate system and anthropogenic climate change. This report has been launched at a particularly critical time for the world, with record heatwaves, devastating floods and droughts, and unprecedented wildfires sweeping much of the world in recent weeks. The paper, Working Group I's contribution to the IPCC's Sixth Assessment Report, consists of a total of 3 parts accompanied by an executive summary. From this physical basis document, which will be progressively completed with the remaining documents, some key points and new developments are highlighted.
Summary for policy makers. 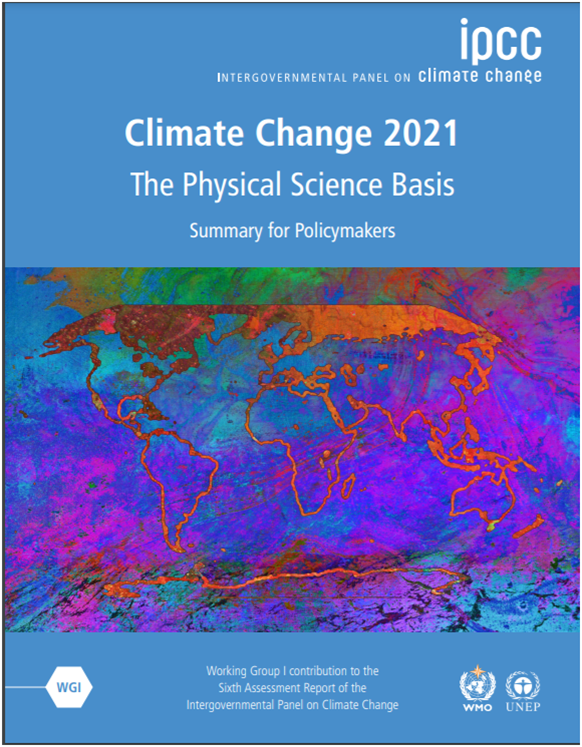 For the first time, it explores a scenario with the goal of limiting warming to 1.5°C, added as a consequence of the Paris Agreement. He added that it will show how and why the climate has changed to date and how it could continue to change in the future.

It is also the first time that a chapter is dedicated to rural areas (chapter 9), which recognises their importance and special sensitivity, although there is still no consensus in the literature on certain factors that can increase or reduce vulnerability. Its coordinator, Marta G. Rivera-Ferre of the University of Vic, has pointed out that there is a certain lack of definition (academic and administrative) as to what rural areas are, and therefore there is an analytical difficulty in "assessing" them. Rivera-Ferrer also stressed the need to evaluate economic impacts with tools that go beyond the monetary. This is the case, for example, of the valuation of the impact of climate change on the ecosystem services provided by rural and mountain areas.  Finally, the coordinator also underlines the difficulty of distinguishing between impacts caused solely by climate change and those caused by human action in complex socio-ecological contexts.

The report is structured in 12 chapters complemented by a novel interactive scenario atlas and a set of 11 regional fact sheets. These fact sheets are a more didactic and informative sub-product, with regionalised information on some key ecosystems and regions. The fact sheets include a specific one on the world's mountain areas, summarising the new scientific evidence on the physical basis of the impact of climate change in mountain areas. 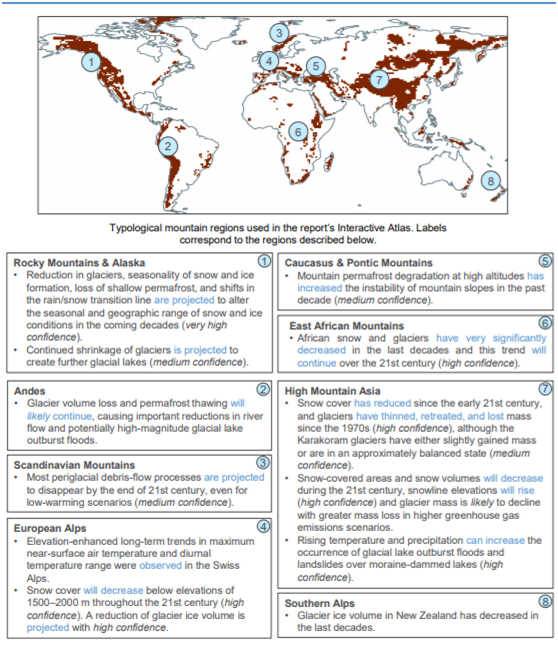 This report is undoubtedly strong evidence of the irrefutable and unequivocal warming of the climate system, and of the clear human influence on this evolution. The report also stresses that many aspects of climate change and associated impacts will continue for centuries, even if anthropogenic greenhouse gas emissions are stopped now and completely. Scientific evidence corroborates that the more we alter the climate, the greater the risk of severe, widespread and irreversible impacts. At the global level, the potential impacts on people include mainly water and food shortages, increased poverty, increased displacement and coastal flooding. Climate change risks depend on cumulative greenhouse gas emissions, which in turn depend on annual emissions over the coming decades. The report stresses that adaptation and mitigation are complementary strategies to reduce and manage the risks associated with climate change, but neither is sufficient on its own.

The means exist today to limit climate change and build a more sustainable and prosperous future. However, as this paper, with perhaps the strongest scientific consensus in history, argues, the window for action is closing very quickly: 65% of the carbon compatible with the 2°C temperature rise target (compared to pre-industrial times) has already been emitted into the atmosphere. According to this report, the most ambitious mitigation targets are still achievable at a cost in reduced economic growth of 0.06%, taking into account that growth without mitigation actions is estimated to be between 1.6 and 3.0%. This reduction in growth would result in a delay and profound changes in growth, but not in a loss of growth.

Ultimately, it is up to humanity to stop what started with fossil fuels, but paradoxically it is human action that generates the most uncertainty in climate projections.