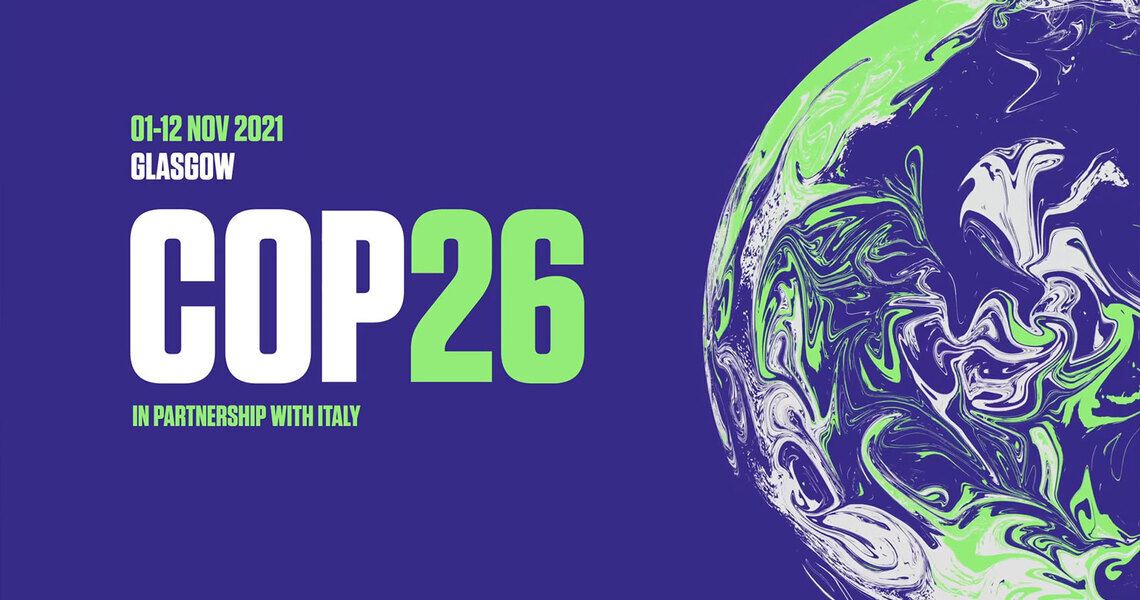 Under the theme "Uniting the world to tackle climate change", the United Nations Climate Change Conference (COP26) - held in Glasgow (UK) from 31 October to 12 November 2021 - brought together representatives of some 200 states, including the rejoining of the USA, with the aim of accelerating climate action to comply with the Paris Agreement.

COP26 focused on the urgency and opportunities of moving towards a carbon neutral economy and called for transparency and rigour in climate action plans, both from governments and business.

The conference resulted in the Glasgow Climate Pact, which contains agreed guidelines for policy action by all countries. Although it shows some progress, expectations were higher given the urgency of action. UN Secretary-General Antonio Guterres himself said at the close of the global conference: "The world is still on the brink of a "climate catastrophe".

The Pact highlights the mention that coal is the main source of global warming and that there is a commitment to reduce its use. However, India and China complicated progress by preventing the signing of the term "phasing out" its use as an energy source.

There is also a commitment to impose stricter targets against coal burning next year.

Some key points to note are as follows:

It is also worth noting that at the initiative of the US and the European Union, 103 countries (or 70% of the world's economy) committed to reducing their emissions of methane, the gas responsible for 25% of global warming, by 30% this decade. Thus, for the first time, this gas is included in global agreements with the adoption of a global reduction plan.

But does it go far enough?

The text on coal use is still considered weak and insufficient as it finally only commits countries to reduce coal through a "phase-down" instead of the expected introduction of a "phase-out" clause.
It also fails to define specific targets for new funding to assist developing countries in dealing with climate change as it only talks in general terms of an increase.

However, while environmental NGO Greenpeace International called the text "weak", it also acknowledged that the fact that it exists at all is an achievement. "The language on coal and subsidies now includes a reference to a just transition and that is welcome," said the group's executive director, Jennifer Morgan. "It's a wake-up call to fossil fuel interests, the agreement is weak but if they scrap it they will have to answer to the youth, to the people on the front lines of climate impacts and ultimately to history".

The document, while not legally binding, is expected to set a global climate change agenda for the next decade. The goal is to continue to reduce emissions until net zero is reached by 2050.