In a few words. Marta Subirà i Roca 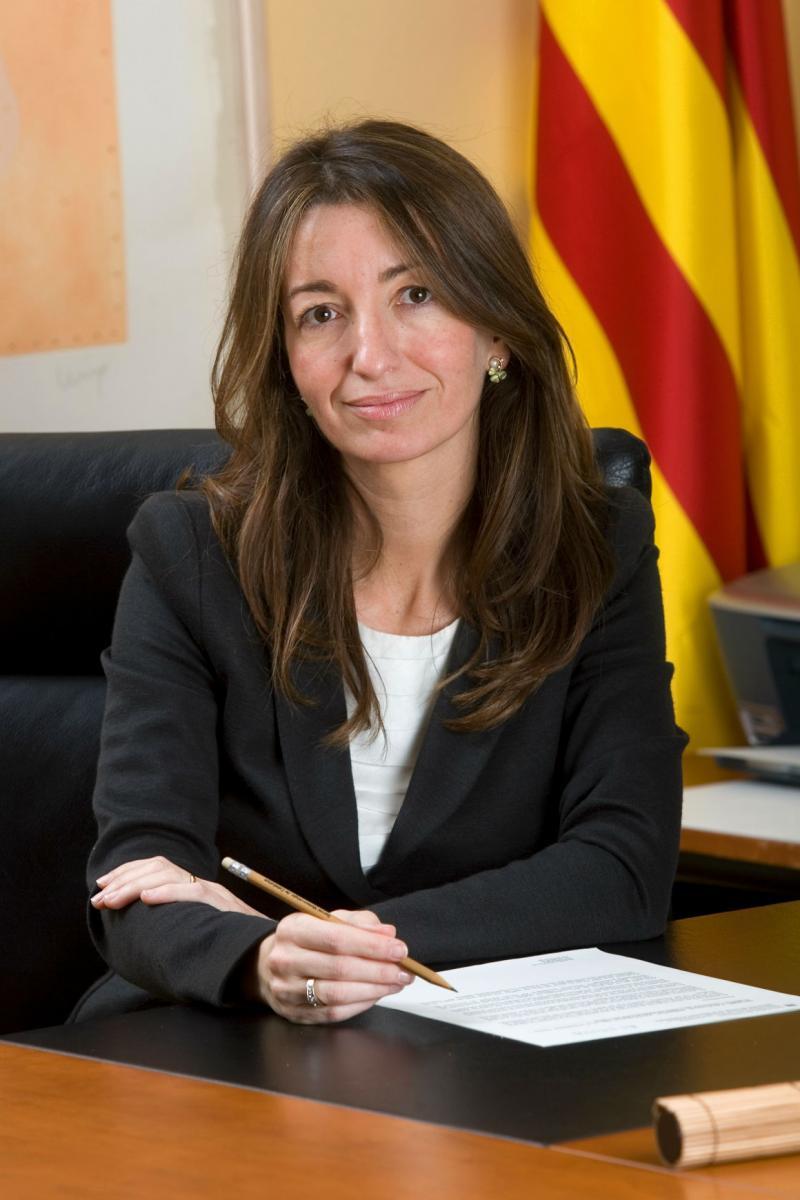 In a few words. Marta Subirà i Roca

On the past August 1, the Climate Change Law of Catalonia was approved in the Parliament, adopting the bases derived from European Union legislation and configuring the essential elements for the regulation of this instrument in Catalonia.

From the Pyrenean Climate Change Observatory we would like, first of all, to congratulate you for this law, that is the result of many years of work and we would like to ask you some questions about it.

Catalonia has a large extension of its territory in mountain areas, where the effects of climate change are even more visible than in other non-mountainous areas. In the Pyrenees there are sensitive ecosystems, endemic flora and fauna species, biosphere reserves, river headwaters and water reserves among many other natural treasures. In addition the Pyrenees hosts large population and economic sectors especially vulnerable to climate change. How do you think that the approval of this Law of Climate Change can affect the mountainous territory of the Pyrenees?

The introduction of the law highlights, specifically, Catalonia’s participation in the Pyrenees Climate Change Observatory. The reason is quite simple: the Pyrenees is one of the areas that is most vulnerable to the impacts of climate change. This is how the Third Report on Climate Change in Catalonia and the Catalan Strategy of Adaption to Climate Change (ESCACC) describe it. The law establishes the measures geared towards mitigation and adaption to climate change and, therefore, establishes the path to follow so that the most vulnerable regions and socioeconomic sectors are more resilient. A whole section of the law establishes in which way the different sectoral policies have to integrate adaption into the planning and programming in areas such as agriculture and farming, water management, biodiversity, forests and forest management, energy or tourism, activities present in the mountain range. And the most vital: the creation of the climate Fund, which will be funded by the new taxes established by the law, that will enable the execution of actions, measures and policies relating to the environment in the territory. In other words: we have objectives, we have knowledge and we have funds to make the law viable in Catalonia.

Currently the OPCC collaborates with many Catalonian organizations with the aim of capitalizing knowledge about climate change in all the Pyrenees Working Community territories. In particular, cooperation with the Catalan Office for Climate Change and with the Meteorological Service of Catalonia is very valuable for us. What roles have been played and will play these organizations within the framework of the new law?

The OCCC has been strengthened as a unit of reference in environmental policies thanks to the vast amount of work carried out since 2006. This strengthening has brought new responsibilities and new tasks, such as the creation of the inventory of emissions into the atmosphere and CO2 sinks in Catalonia. Regarding the SMC, the law recognises, in article 12, the task carried out over decades by this organism and entrusts it with the development and review of Catalonia’s climate projections.

Regions are playing an increasingly important role in the fight against climate change and in the adaptation processes. The Paris Agreement recognizes in its final text the important role of the non-signatory parties, named the regions, cities and other non-state actors. In addition to its active participation in the Pyrenees Observatory, is Catalonia active in other international networks?

Currently, Catalonia co-chairs the European presidency of the Partnership of Climate Group Nations and Regions which promotes the collective voice of nations and regions throughout the whole world and pushes for higher ambitions on a national and international level in the struggle against climate change. Catalonia also forms part of the Under2Coaltion, a collaboration agreement on global leadership that brings together more than 135 governments to achieve a reduction in the increase in temperature lower than 2 degrees and zero emissions by 2050. Additionally, Catalonia has promoted the initiative RegionsAdapt that leads the Network of Regional Governments for Sustainable Development - nrg4SD, a global commitment to give support and inform about adaption efforts on a regional level.

It is always difficult to advise, above all when we talk about adaption to the impacts of climate change, since adaption has a very local component. However, from our experience and despite the lack of a common metric - as opposed to mitigation - it is necessary to strive for being able to quantify the progress of the adaption measures and, at the same time, carry out a qualitative analysis of the effectiveness of these measures, looking for barriers and/or deficiencies in its application. We have an essential question clear: adaption to the impacts of climate change is an excellent opportunity to do what we positively know needs to be done and that, for whatever reasons, either we have not done or we have not started with sufficient intensity and decision.

The Pyrenees are a bioregion that knows no borders. In addition each territory of the Pyrenees has its own plan, or laws about to climate change. Therefore, do you think that thanks to cross-border cooperation, we could imagine a future a Pyrenean Strategy for Climate Change Adaptation?

Not only do we have to imagine it, but it is necessary: the Pyrenees is not only a space of great biodiversity; it is also the water factory and a region where people have to live, manage it, make a living and avoid depopulation. It is necessary to offer in this region the opportunity that I mentioned previously: new agriculture, a new way of producing and managing energy, tourism that recognises the uniqueness of the mountain range, farming that prioritises management of the forest space, etc.

One of the roles of the OPCC is to generate and disseminate scientific knowledge to enhance the implementation of adaptation measures to reduce climate change impacts, or in some cases, even to take advantage of them. Which experiences regarding interaction with specific sectors concerning adaptation have you in Catalonia that could be replicated throughout the Pyrenees?

Our participation in several Life projects such as Life MEDACC, which we are coordinators of, or Life EBRO ADMICLIM or Life CLINOMICS in which we are beneficiary partners, enables us to establish working dynamics with many stakeholders in the region: farmers, livestock herders, forest owners, tourist business people, local administrations, NGO’s, irrigation communities, etc. It is essential to open areas of debate and transfer of information so that the measures to be undertaken are negotiated as much as possible and have guaranteed success.

In short, how do you imagine the OPCC’s future?

I imagine an Observatory with its own legal status, capable of having, maintaining and exploiting an extensive network of monitoring in collaboration with the research centres, carrying out sector diagnoses and establishing and boosting the necessary measures of environmental action with the involvement of the stakeholders in the Pyrenees. We are a reference for all other mountain ranges in the world, without a doubt.