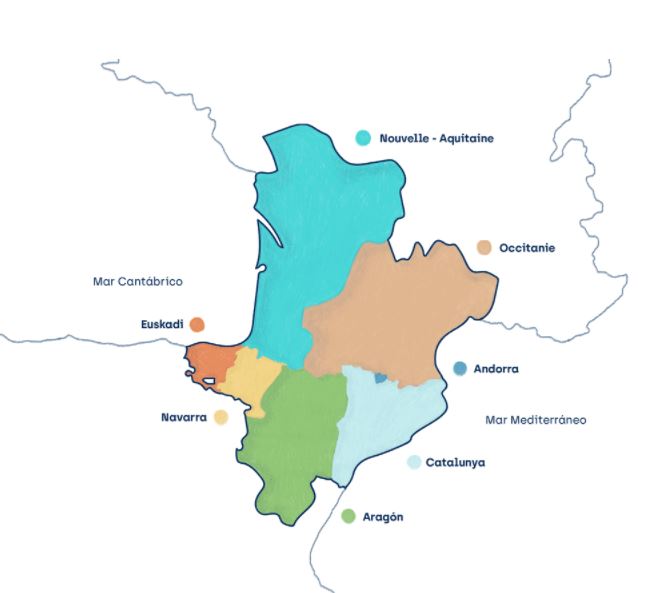 The OPCC is opening the public consultation period for the Operational Plan of the Pyrenean Climate Change Strategy (EPiCC) between 25 February and 11 March 2022. This Operational Plan will enable the lines of action envisaged in the strategy to be deployed in the territory by means of specific actions.

The Plan, which has a time horizon of 2030, is articulated in 72 specific actions, the result of intense participatory work with entities and actors from the seven regions of the Pyrenean territory.

Like the EPiCC, the differentiating characteristics of this Operational Plan are its cross-border nature and the intention to tackle the bioregion's climate challenges in a cross-cutting manner.

The OPCC, aware of the importance of public participation in climate change actions and aware that participation and being informed is a citizen's right, has launched this public consultation process for the EPiCC Operational Plan in order to enrich and improve the implementation of the EPiCC in the territory.

The consultation document is available here so that all those interested in the subject can contribute their suggestions, proposals and comments via the website until 11 March.

The 72 actions of the Operational Plan, as well as the EPiCC itself, are organised around 5 systems: Climate, Resilient Natural Areas, Adapted Mountain Economy, Population and Territory, and Governance.

Within each system, the actions included in the Operational Plan can be grouped into the following thematic blocks: Knowledge Generation, Observation, Indicators, Modelling, Planning, Demonstrative Pilot Experiences, Training and Capacity Building, Communication, Dissemination, Awareness, Transferability and Replicability, and Governance.

A total budget of 80 million euros is estimated to be necessary for the implementation of the 72 actions. The financing for the implementation of the actions will be carried out through different lines, such as ERDF funds for territorial cooperation through the operational programme for territorial cooperation between Spain, France and Andorra, INTERREG POCTEFA 2021-2017, the LIFE programme for the environment, Horizon Europe for research and development, or other funds, in cooperation with other cross-border territories SUDOE, MED, as well as European funds for recovery and with own funds of the members of the CTP as a form of complementary financing.

With this public consultation, the CTP, through the Pyrenean Climate Change Observatory, will be able to implement a project created not only by the technical staff of the institutions but also by the citizens.

You can consult the return session of the Operational Plan of 28 February here.