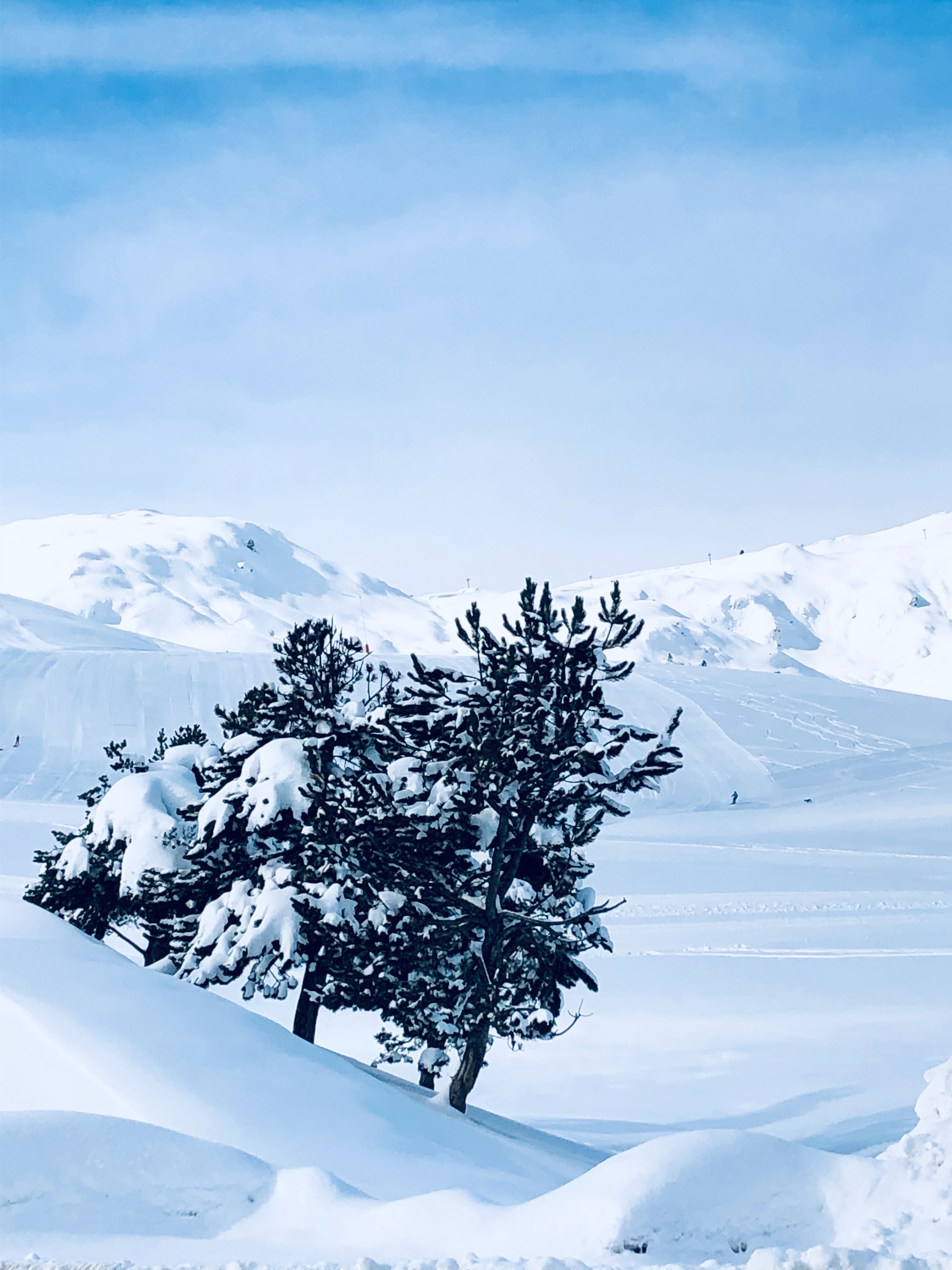 Photo by Jordi Pujadas, from Unsplash

The latest special report of the Intergovernmental Panel on Climate Change (IPCC) on the impact of global warming on the oceans and cryosphere (SORCC) was approved and published on 25 September. In preparing the report, hundreds of authors assessed the most recent scientific literature and cited approximately 7,000 scientific publications.

Their findings highlight that global warming has already reached the threshold of 1°C above pre-industrial levels, and is much higher in some mountainous and Arctic regions due to past and current greenhouse gas emissions. The report considers that there is overwhelming evidence that this has serious consequences both for ecosystems and populations. 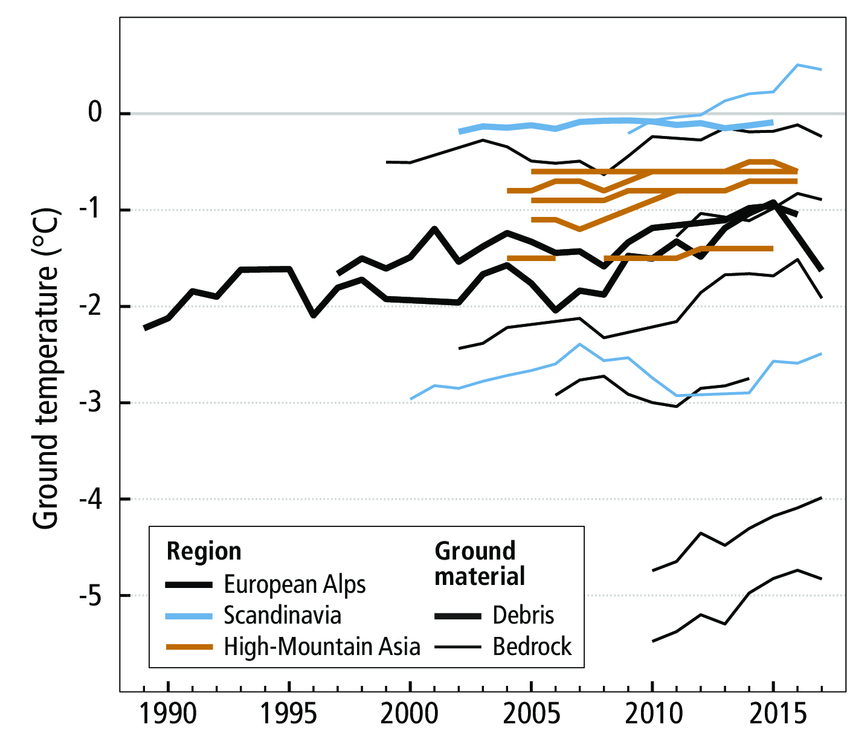 Mean annual ground temperature from boreholes in debris and bedrock in the European Alps, Scandinavia and High Mountain Asia*

According to the report, people living in mountainous regions are increasingly exposed to changes in water availability and associated risks. In particular, glaciers, snow, ice and permafrost are declining and will continue to decline, and projections suggest that this could increase the population's exposure to certain natural hazards, such as landslides, avalanches, rock falls and floods.

The report warns that, in a high emission scenario, smaller glaciers in Europe, East Africa, the tropical Andes region and Indonesia, among others, will lose more than 80% of their current ice mass by 2100. The decline of the cryosphere in high mountain regions will continue to have a negative impact on recreation, tourism and cultural heritage. In addition, changes in water availability will affect not only the inhabitants of these high mountain regions, but also populations and ecosystems several kilometres downstream.

The report highlights the need for urgent action to adopt ambitious climate policies that reduce emissions that are essential to comply with the Paris Agreement. As can be deduced from this work and on the basis of the results obtained by the OPCC 2 project, the Pyrenees area is no stranger to the change processes mentioned in the SROCC report.

Our mountains have warmed by more than 1.5ºC since 1950, and certainly by 2ºC since the pre-industrial period. This thermal increase has led to a reduction in snow cover and has led to a retreat of the glaciers that places them in an extreme situation. It is unlikely that any of them will survive in the next three decades given the current rate of extinction.

It is clear that this warming, very often in interaction with changes in vegetation cover and land use, has affected ecosystems (forests, flora and fauna), lakes and the production of runoff in our mountains, with clear environmental and economic effects in all downstream regions. Therefore, it is essential to continue to monitor ongoing environmental changes and study the most appropriate adaptation measures for the Pyrenees region.